Today we'll learn how to write a simple photographic mosaicker! You've probably seen those large pixelated images that are composed of tiny irrelevant images, like a portrait of Obama that comprises tiny cat pictures. These are known as photographic mosaics. Here I'll describe a very simple approach to creating such a mosaic, using nearest neighbor search and the CIFAR-10 dataset. 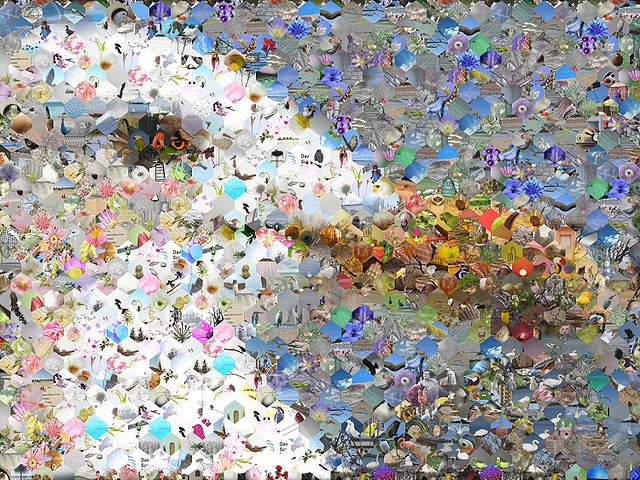 Image of a seagull comprising tiny hexagons. No, we’re not recreating this, but something similar!

A little backstory: last semester, I was the teaching assistant for CS534 Computational Photography here at Wisconsin, and at the end of the semester I was asked, by a commissioner who projected a silhouette of a bat onto the Wisconsin night sky, to come up with new assignment ideas. This idea of a photographic mosaicker didn't make the cut because it didn't fit in our existing syllabus, but the effect is so strong and the approach is so simple that I thought I'd share it here!

Below we use a scene of Madison's beautiful Lake Mendota as the input image. You can't take such a picture now, not just because the lake is frozen now, but also because Memorial Union is closed off for renovations. But when it's accessible Lake Mendota is gorgeous. I digress. 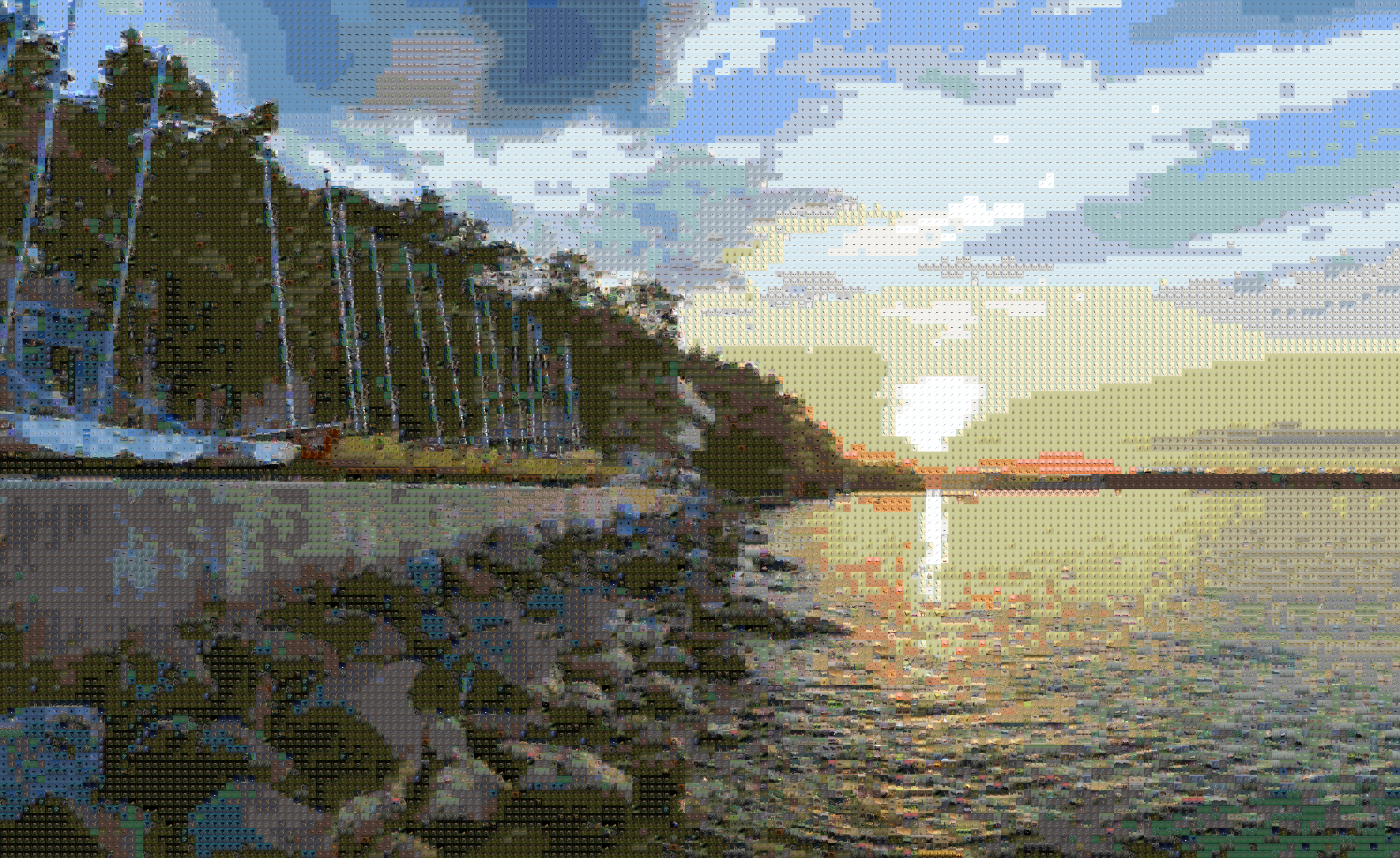 The effect is really good for such a simple approach! Notice that we used raw pixel intensities to find nearest neighbors, which is probably a bad feature representation since we really don't care about the spatial distribution  of colors within the tiny image - we just need the colors between the input image patch and its tiny image to match. Something like a histogram of intensities along with Earthmover's distance would be more effective but complicates the code slightly. Here we overcame the limitation of using raw pixel intensities by shrinking the tiny images to be really tiny, so that we get a decent distribution of observations in feature space. The drawback, as mentioned, is that you can barely make out what the tiny images are within the mosaic.

Hope this was helpful!

(A gist of the above algorithm can be found here)